The Proposal at Huntington Library and Botanical Gardens.

I have been trying to avoid using the phrase "FINALLY!" when announcing our engagement, but Jamie and I are finally engaged and boy, was it worth the wait! By March 22, 2014 Jamie and I had been dating for 8 years, 4 months and 27 days.  Yes, I did the math... That is 438 weeks or 3,072 days or 73,728 hours or 4,423,680 minutes or 265,420,800 seconds, give or take... Heehee.
It started as a regular Saturday morning. Jamie doesn't get  a lot of weekends off, so we try to plan something fun when he does.  We had decided the night before to go to the Huntingtion Library and Botanical Gardens in San Marino, CA, a place we had been many times before.  I was in the midst of a Biggest Loser Challenge at work and wanted to go to a place where we could do a lot of walking while site seeing.  It was me that suggested going to the Huntington because we hadn't been there in a while. (Little did I know that Jamie was already scheming and was going to suggest it anyway!) As we got ready that morning, Jamie "got a call" and had to go up to his dad's house to help him move something.  A task that is done by Jamie pretty often, so I thought nothing of it.  I came to find out later that he went to my parents house to have "the talk" with my dad.  Oh, to know what was discussed during that conversation!  But Jamie has since stayed pretty hush hush about it.  I guess I'll let that remain between them.  While he was gone, I got dressed, IN WORKOUT CLOTHES, threw my hair in a pony, and went very light on the makeup.  Believe me, if I had know what was going to happen later that day, I would have spent a little more time and effort, and maybe painted my nails too.  BUT, NO! He returned about an hour later and off we went to breakfast.
Luckily, I also remembered to grab my brand new Nikon DSLR, to practice some of my photography.  The iPhone just would not have done the day justice...
After breakfast we drove to the Huntington, I tried to persuade Jamie to leave his hoodie in the car because the day warmed up nicely, his excuse was something to the effect of, "No I'll leave it on, I don't mind, plus I'll work up a good sweat".  The real reason being that the hoodie was hiding the bulge (of the ring box) in his pocket.  He told me later that in the car ride over I reached over to touch his leg and that I had my hand an inch away from the box! He was sweating bullets...


Next stop was to pay to get in. Jamie's aunt had given him free tickets just the week before, but he was afraid that if he used them that I may become suspicious, but, in all honesty, it probably would have blown right over my head anyway.  Maybe we will finally use them if we ever get around to taking our engagement photos there.
That morning I even downloaded an app to track our distance because, remember, I was going in total fitness mode!  The image below is a map of our 5 mile walk that day.

The Huntington was rather busy on that Saturday, mostly because it was such a beautiful day. We walked around the buildings first and then into the gardens. 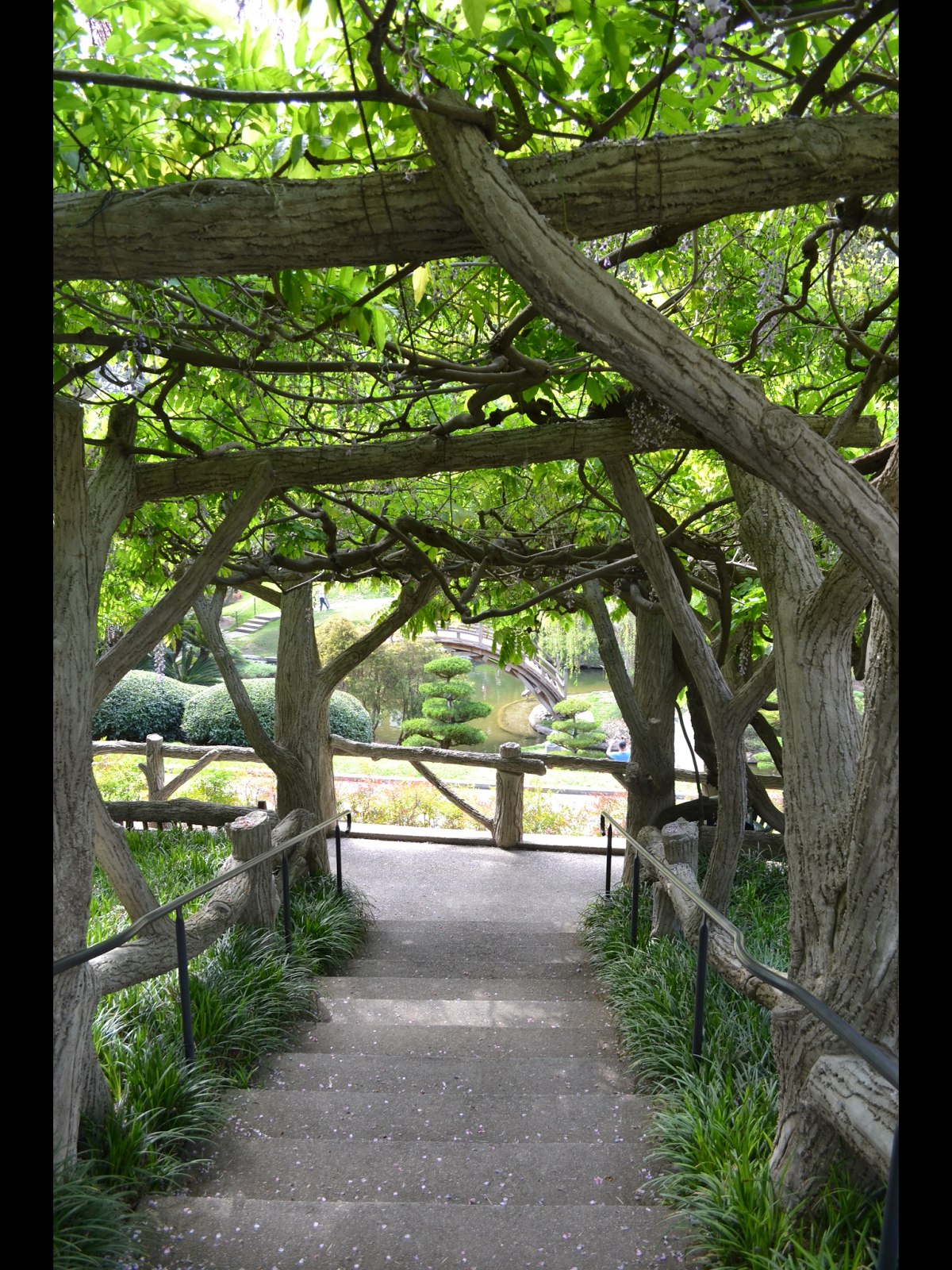 After wandering through the Japanese Gardens we went on a quiet back path and eventually came across a bench.  He suggested we take a rest and sit for a while.  I STILL HAD NO IDEA!! A couple of people walked by, but we were mostly alone the whole time. We sat for a while, he reminisced and got a little mushy about some old memories in college, old apartments/living situations we dealt with, and how he appreciated just how much we had been through together.  I STILL HAD NO IDEA!!   I stood up, grabbed my camera and wanted to continue on our "workout".  Remember folks, fitness mode!  I STILL HAD NO IDEA!!
He grabbed my hand, looked at me, and got down on one knee.  I think before he could get any words out I blurted a big "NO WAY!", but I quickly let him continue.  I mean, I had been waiting for this moment for 265,420,800 seconds... It really was all a blur after that, but I do remember him opening a box to reveal a beautiful ring, I said, "of course" and I jumped into his arms.  Did I cry, you ask? Well, if you know me at all then you know the answer is a big fat, "duh"!
This beautiful vintage ring was Jamie's late grandmother's ring, more than likely from the 1920s. It was uncanny to look back at my secret Pinterest board (shhh) of engagement rings that I liked, to see that I had pinned a vintage ring that was almost identical!  One of the other stops that Jamie had done that morning to go get the ring cleaned, and the local Gem City Jewelers in Monrovia cleaned it for free because Jamie let him know that it was the big day!
Little did we know that a couple weeks later we would be visiting that same jeweler again, to not only share the great news, marvel at the unique cut of the vintage diamonds, and to thank him for the role he played in our special moment...but to have him repair the ring! One thing about the "vintageyness" of my beautiful ring, and the fact that it is nearly 100 years old, is that it can be very delicate, and one day while I was out at lunch with my parents, I looked down at my left hand, something that I had been doing pretty frequently the past few weeks, and saw this.... 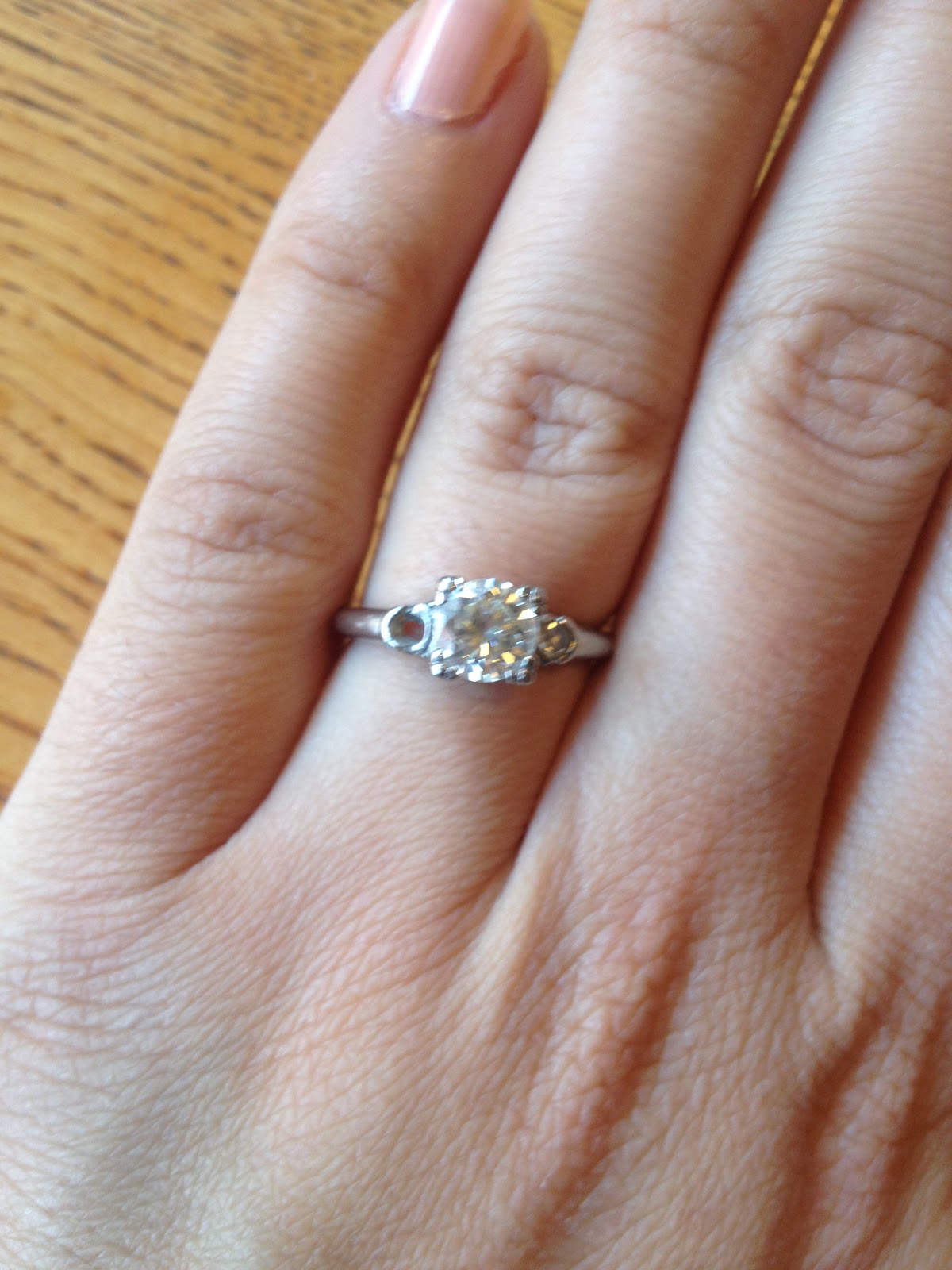 NOOOOOOOOOOOO!!!!
The platinum on one side of the setting had been worn and a diamond fell out.  I was on the verge of a panic attack. I called Jamie to tell him and in his efforts to calm me down he said it was okay and that everything can be replaced.  (He threw in that we were lucky that it was one of the smaller diamonds.)  I was determined to rush home and scour the house on my hands and knees with a magnifying glass. And I did just that.
Well, before I grabbed the magnifying glass I decided to start in the bathroom.  I had blow dried my hair that morning and thought that the bathroom was a good place to begin my search.
I carefully ran my hands along the entire tile floor, inside my makeup drawer and over the bathmat.
No luck.
I was about to give up on the bathroom and I looked at the shower... I remember it exactly what was going through my head at that moment, "I guess I should check the shower... No, it cant be in there... I should check just in case... No, if it did fall out in there it's long gone... Just check, it will make you feel better..."
So I peeled back the shower curtain, got on my knees outside the shower, and started carefully running my hands along the interior of the tub. Inches from the drain I felt something...
It must be a tiny rock, or a piece of plastic, right?! RIGHT!?
I held it in my hand and examined it for about a minute in disbelief.  I was sure that I was imagining things and it took a while for me to actually believe what I was seeing.
In my palm, was the diamond!
Grandma Virgina must have been looking down on me and guiding me to it, and I am so grateful!
I immediately called Jamie and told him the about the miraculous discovery. I literally walked around the house for about 5 minutes staring at the stone in my palm, afraid to take my eyes off of it, and unsure of where to put it so that it did not get lost again.  I finally found a small ziptop jewelery bag and then put that bag into another bag and into another bag and into a box... We visited the jeweler a couple days after and he reiterated how lucky we were to have found it.  The ring was repaired and still to this day, four months later, I still check my ring constantly to make sure everything is still there and to marvel at its beauty.
All in all, the moment and the moments that followed that big day were so special and meaningful.  Although he knows I would have said yes if he had given me a mood ring standing in our driveway, but the fact that he planned out the surprise, asked my father for permission, and gave me such a special token of his family made it just that much more special.  I cannot wait to spend the rest of my life with Mr. Jamie.  <3 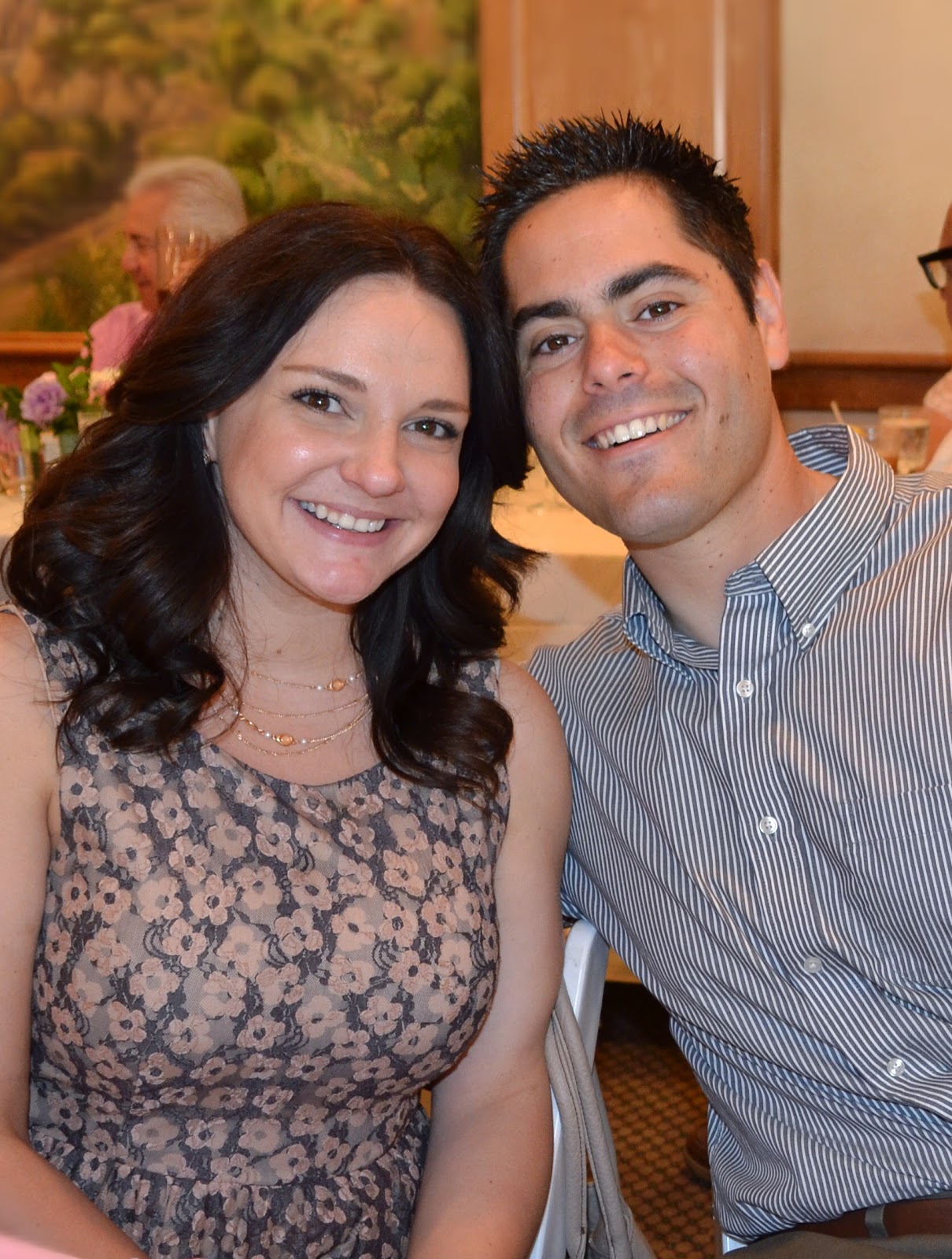 When Life Gives You Sprinkles
Welcome! I'm Amanda, a twenty-something girl from sunny Southern California. I enjoy baking and cooking and I am notorious for breaking out the iPhone before every meal to snap a few beauty shots. My fiance, Jamie, and I just bought our very first house, a 1917 Craftsman that needs a lot of love, and we can't wait to make it our home! I've gained so much knowledge and inspiration from such creative people all over the world through blogs and other social media outlets, I can't wait to share my recipes, projects and special moments with you! When Life Give You Sprinkles is definitely a work in progress. Bear with me as I try to learn all I can about blogging and photography. Stick with me on my journey and it will be like watching a flower grow and blossom. I promise! And any feedback is always welcome!